Here are our recommendations for January!

Our own Iris from The Hague and Luke from Amsterdam just started again with our ABC picks live videos, where they present the titles we’re most excited about. Titles that have been recently released, or will be released shortly, and what they are all about.

The latest edition took place at the end of January, and the planning is to shoot live videos every last Friday of the month, from 19:45 till 20:30 (UTC + 1:00). Mark your calendars and come watch them talk about books!

If you’d like to know more about these titles and what we think of them, tune in at our YouTube channel, S02 E04. In case you’ve missed previous talks, they’re all there to be watched whenever you’d like. Our staff picks episodes are the perfect opportunity to learn more about different titles.

We’re showcasing the paperback editions when available, but if you’d rather put your hands on a hardcover, get in touch with one of our stores to check for availability. We always love hearing from you! 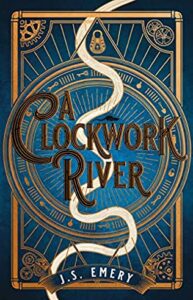 A sister searches for her missing brother as a new power rises amid the splendor and the squalor of a once great city in this steampunk fantasy epic. Time is running out for the Clockwork River.

Lower Rhumbsford is a city far removed from its glory days. Its founding fathers channeled the great river Rhumb’s mighty flow into a subterranean labyrinth of pipes, valves and sluices, a feat of hydraulic prowess that would come to power an empire.

But a thousand years have passed since then, and something is wrong: the pipes are leaking, the valves stuck, the sluices silted and the once torrential Rhumb has been reduced to a sluggish trickle.

The fortunes of the Locke family, descendants of the city’s most celebrated engineer, are similarly reduced. In a former fashionable quarter of the once great city, siblings Samuel and Briony Locke distract themselves: Sam devotes most of his time to his lock collection, instead of finishing his engineering thesis; facing the prospect of a disagreeable marriage, Briony occupies herself with alchemical experiments.

One night, Samuel leaves the house carrying five of his most precious locks and doesn’t come back. As she searches for her brother, Briony will be drawn into a web of ancestral secrets and imperial intrigues as a ruthless new power arises. If brother and sister are to be reunited, they will need the help of a tight-lipped house spirit, a convict gang, a tribe of troglodytes, an association of antiques enthusiasts, a traveling theatrical troupe, the Ladies Whist Club, the Deep State, and a lovesick mouse.

Epic, rollicking and in love with language, Jacob and Sara Emery’s sprawling debut novel of humble kitchen magics and awe-inspiring civil engineering is a rare and delicious commodity – the world’s first hydropunk novel. 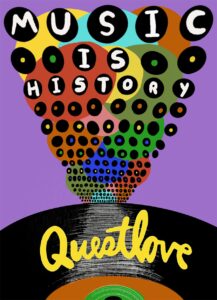 Music is History, by Questlove
Recommended by Max W.

Questlove collects the 500 songs that have changed not just popular music, but also the world. In other words, Music Is History is an in-depth look into the 500 most influential songs in the history of music. Most famously known as the drummer and joint front man for the Grammy Award-winning band The Roots, Questlove is also an astute musicologist and voracious historian. In this book, Questlove dives into musical history from every decade of the twentieth century, choosing one essential track from each year.

The author thoughtfully and insightfully unpacks each song’s cultural significance by placing it in its historical context, discussing real world events that shaped both the song’s creation and its lasting impact. Analyses of iconic classics like “Sir Duke” by Stevie Wonder include investigations into the histories of science, politics, and pop culture. Questlove moves fluidly from the personal to the political, from Curtis Mayfield to the history of Black representation in cinema, to musings on the Nixon presidency.

Complete with comprehensive playlists organized around personal, playful themes like “Songs That Got Shafted” or “Songs With a Part I Really Like Even Though I Don’t Like the Whole Song,” this book is so full of Questlove’s essential recommendations that it feels like a conversation with the industry’s coolest music obsessive. Music Is History is a masterclass in music by a contemporary icon – a new American musical canon from one of music’s most influential and unique voices. 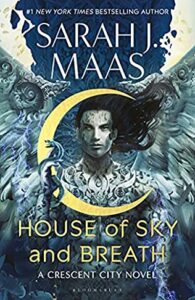 The House of Sky & Breath, by Sarah J. Maas
Recommended by Sophie

Bryce Quinlan and Hunt Athalar are trying to get back to normal – they may have saved Crescent City, but with so much upheaval, they mostly want a chance to relax. Slow down. Figure out what the future holds. The Asteri have kept their word so far, leaving Bryce and Hunt alone. But with the rebels chipping away at the Asteri’s power, the threat the rulers pose is growing.

As Bryce, Hunt, and their friends get pulled into the rebels’ plans, the choice becomes clear: stay silent while others are oppressed or fight for what’s right. And they’ve never been very good at staying silent. In this sexy, action-packed sequel to the #1 bestseller House of Earth and Blood, Sarah J. Maas weaves a captivating story of a world about to explode – and the people who will do anything to save it. 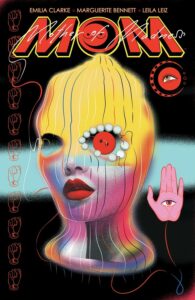 The mayhem begins with Maya, under-the-weather scientist by day, over-the-top superhero by night, and badass single mom 24/7. Deadpool action and Fleabag comedy collide when Maya activates her freakish superpowers to take on a secret sect of human traffickers. Bath time’s at 7pm, bedtime’s at 8pm, and crimefighting never sleeps. 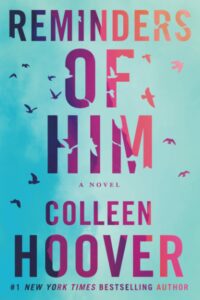 Reminders of Him, by Colleen Hoover
Recommended by Natalia

After serving five years in prison for a tragic mistake, Kenna Rowan returns to the town where it all went wrong, hoping to reunite with her four-year-old daughter. But the bridges Kenna burned are proving impossible to rebuild. Everyone in her daughter’s life is determined to shut Kenna out, no matter how hard she works to prove herself. The only person who hasn’t closed the door on her completely is Ledger Ward, a local bar owner and one of the few remaining links to Kenna’s daughter.

But if anyone were to discover how Ledger is slowly becoming an important part of Kenna’s life, both would risk losing the trust of everyone important to them. The two form a connection despite the pressure surrounding them, but as their romance grows, so does the risk. Kenna must find a way to absolve the mistakes of her past in order to build a future out of hope and healing.

A published writer for more than 10 years, Colleen Hoover has become a sudden best-seller author after one of her previous books It Ends With Us was picked up as a TikTok must-read title. We’re all very curious about all her titles now, old and new! 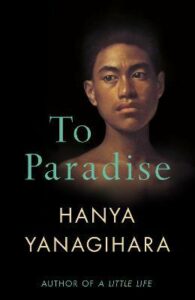 To Paradise, by Hanya Yanagihara
Recommended by Reinoud and Klaartje

From the author of the modern classic A Little Life (shortlisted in 2015 for the Man Booker Prize), To Paradise is a bold, brilliant novel spanning three centuries and three different versions of the American experiment, about lovers, family, loss and the elusive promise of utopia. In an alternate version of 1893 America, New York is part of the Free States, where people may live and love whomever they please (or so it seems). The fragile young scion of a distinguished family resists betrothal to a worthy suitor, drawn to a charming music teacher of no means.

In a 1993 Manhattan besieged by the AIDS epidemic, a young Hawaiian man lives with his much older, wealthier partner, hiding his troubled childhood and the fate of his father. And in 2093, in a world riven by plagues and governed by totalitarian rule, a powerful scientist’s damaged granddaughter tries to navigate life without him – and solve the mystery of her husband’s disappearances.

To Paradise is a fin-de-siècle novel of marvelous literary effect, but above all it is a work of emotional genius. The great power of this remarkable novel is driven by Yanagihara’s understanding of the aching desire to protect those we love – partners, lovers, children, friends, family and even our fellow citizens – and the pain that ensues when we cannot.

We hope you enjoyed this month’s staff picks. See you soon for exciting tips from your favorite book lovers!