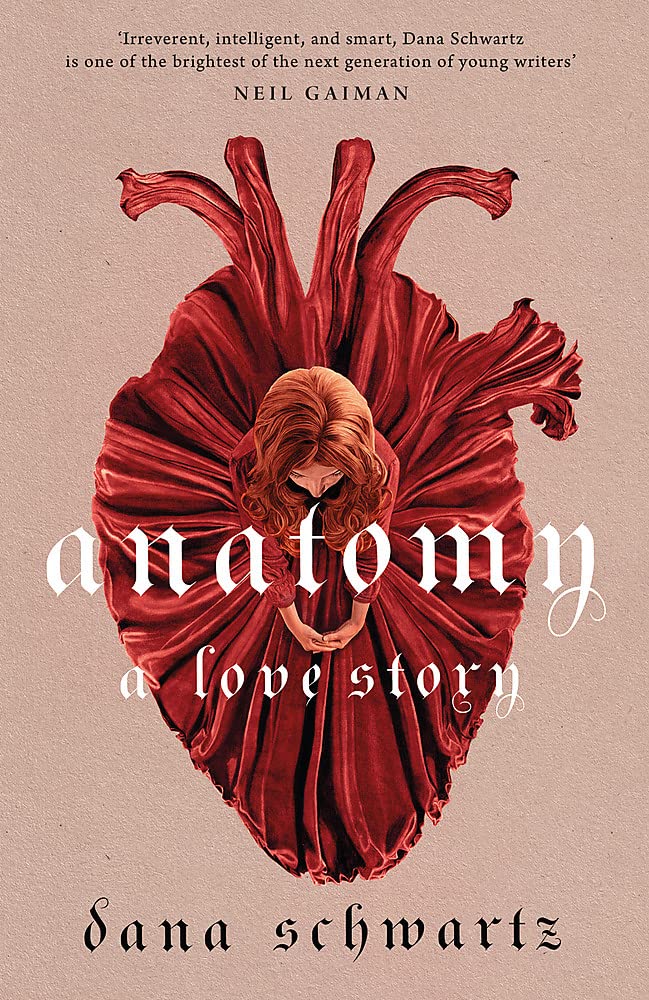 "A gothic tale full of mystery and romance . . .

Edinburgh, 1817. Hazel Sinnett is a lady who wants to be a surgeon more than she wants to marry. Jack Currer is a resurrection man who's just trying to survive in a city where it's too easy to die.

When the two of them have a chance encounter outside the Edinburgh Anatomist's Society, Hazel thinks nothing of it at first. But after she gets kicked out of renowned surgeon Dr. Beecham's lectures for being the wrong gender, she realizes that her new acquaintance might be more helpful than she first thought."

“It was an impossible situation, a trick of society as a whole: force women to live at the mercy of whichever man wants them but shame them for anything they might do to get a man to want them.” – Dana Schwartz

I often love a story with a feminist approach, especially when it takes place during a darker time in history and is full of mystery. I had not heard of Dana Schwartz prior to her fourth book, but Anatomy’s premise and beautiful cover piqued my interest.

Dana Schwartz has managed to put her fascination with history, especially its darker and twisted sides, into this beautifully written historical young-adult fiction novel. The story is set in 19th-century Edinburgh, Scotland, and revolves around a young woman, Hazel, who wants to become a surgeon instead of just a wife-to-be in high society. But as a woman, she is not allowed to attend university. This challenges her to pursue her passion and defy these gender-based rules, and Jack Currer might just be the man who can help her learn the art and skill of surgery.

If we’re judging a book by its cover, then this one is brilliant. It portrays a red-headed woman sitting in a crimson dress draped to resemble an anatomical heart—a beautiful contrast between her social ranking as a lady and her dream of becoming a surgeon.

Hazel’s determination shines through every page. One of her main driving forces is the death of her brother George. As fever and other infectious diseases spread across Scotland, 16-year-old Hazel is determined to discover how the fever spreads and whether there is a cure. She disguises herself in her dead brother’s clothes to attend a renowned surgeon’s university classes.

The dark and macabre atmosphere of 19th century Edinburgh is palpable in Schwartz’s descriptions of filthy streets, dark back alleys, the divide between rich and poor, and the surgical horrors performed without anesthesia.

Hazel’s love interest, Jack Currer, is an interesting portrayal of the poorest of the poor doing what they have to in order to survive. For a pretty penny, young Jack digs up bodies from unmarked graves and sells them to physicians for practice. He is willing to help Hazel practice on corpses, especially on those who died from an infectious disease.

What I enjoyed and found weirdly original about Jack and Hazel’s relationship is that it blossoms under macabre circumstances: when they’re hiding in a grave in the dark of night to avoid being caught. But their love story comes late in the novel and is not the main storyline. Much more important is Hazel’s struggle with being a member of the “fairer sex,” aka a woman, denied the right to study and urged to marry to survive. With a surprise ending that moves the plot into the fantastical realm, I’m looking forward to reading more from this author.