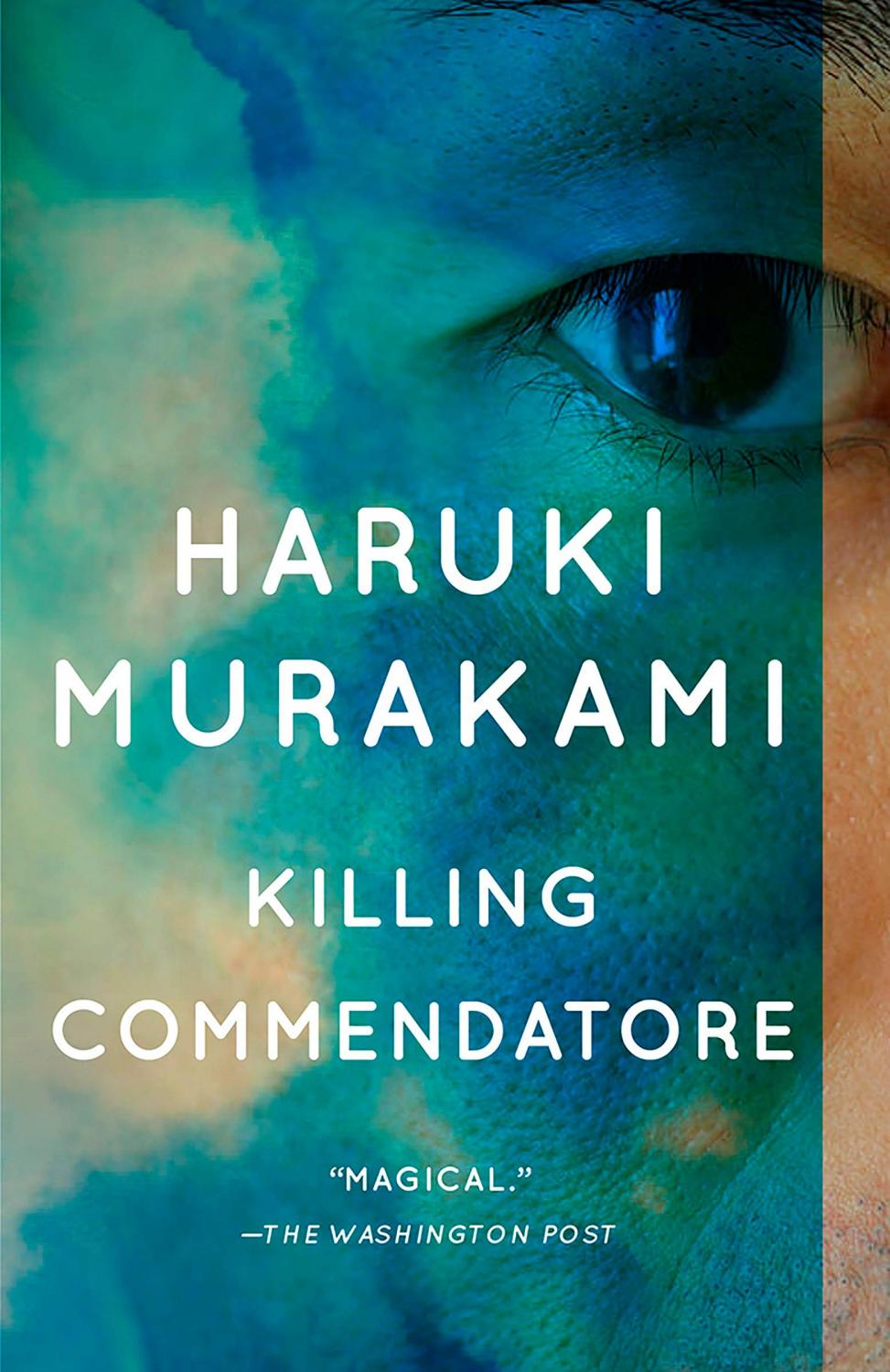 "When a thirty-something portrait painter is abandoned by his wife, he secludes himself in the mountain home of a world famous artist. One day, the young painter hears a noise from the attic, and upon investigation, he discovers a previously unseen painting. By unearthing this hidden work of art, he unintentionally opens a circle of mysterious circumstances; and to close it, he must undertake a perilous journey into a netherworld that only Haruki Murakami could conjure. A tour de force of love and loneliness, war and art, Killing Commendatore is a stunning work of imagination from one of our greatest writers."

‘’No matter how vivid a memory, the power of time was stronger. I knew this instinctively.’’

Haruki Murakami is my favorite author of all time. His magical realism, introspective narrators and glimpses of daily Japanese life are what make his works so enchanting and magnetizing.

I was excited to read this book, mostly because art plays an important role in the story. In his previous works, art is often talked about. Music, cooking and books are also discussed abundantly, so it’s not hard to imagine how happy it made me—someone who studied art history and enjoys the pleasures of art—that art is the red line running through this story.

Killing Commendatore is the story of a 36-year-old unnamed narrator who is a portrait artist. He’s exceptionally skilled at what he does and has an interesting way of going about it. As his six-year long marriage is dissolving, the narrator finds himself moving to a cabin in the woods on top of a remote mountain in Odawara, Japan. The father of a friend from art school owns the cabin. His name is Tomohiko Amada, a famous Japanese artist who is now 92-years-old, dealing with dementia and living in a nursing home. Our narrator unearths a secret that sets certain wheels in motion, resulting in bizarre occurrences such as the physical manifestation of an Idea, strange sounds coming from the woods and a Lewis Carroll-esque descent into another realm.

I like that Murakami is consistent with his protagonists, although this may be an unpopular opinion. As always, we’re dealing with a male who is apathetic, socially awkward and has strained relationships. Often, Murakami’s protagonists enjoy reading, cooking and listening to music. This is also the case for our unnamed narrator here, who happens to enjoy listening to opera. The final similarity between narrators is that our narrator, too, deals with strange occurrences that guide him to another dimension. The only thing that seems to be missing is cats. 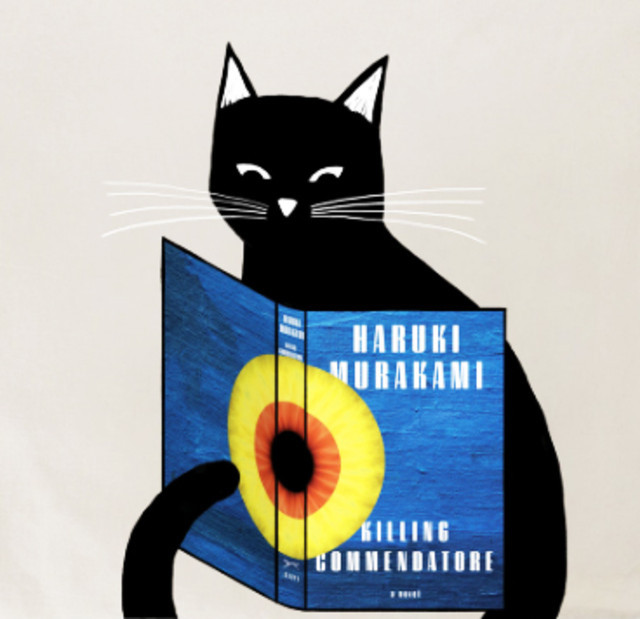 I found this book a slow burn and hard to ease into. It took me several chapters to get hooked. The moment the narrator set the wheels for strange occurrences in motion and things started happening to him daily, I started to get captivated. I had no trouble imagining every sentence and envisioning how each character looked. However, there’s a whole part of the story talking about metaphors and double metaphors that was extremely confusing. I was on the verge of losing my interest and noticed myself quickly skimming over those parts, which is a bummer. The ending felt incomplete and, to be fair, I can hardly remember it. Although I truly enjoyed the strange occurrences, our narrator’s introspection and his meetings with strange characters, this novel felt rushed and a bit messy. Overall, I still enjoyed the read and will give it a 3.5/5 stars.