Witches and the Folklore of Poisonous Plants

Some of the most striking scenes of witchcraft in literature picture witches bent over a bubbling cauldron—from the three witches in Shakespeare’s Macbeth tossing in ingredient after ingredient to cause “double, double toil and trouble”, to Harry, Ron and Hermione secretly creating a ‘Polyjuice Potion’ in the deserted girls’ lavatory in The Chamber of Secrets. But for an effective potion, you need the right ingredients. Often, these ingredients are powerful and ominous plants and fungi. Remember the Mandrake in The Chamber of Secrets, the plant whose cries cause death the second it is pulled from the ground? This plant actually exists (though a cry has never been heard), and it has always been associated with witchcraft. There are many more plants like this: deceptively beautiful, strangely hallucinogenic and very deadly. All part of the witch’s toolkit! Read on to discover more witchy plants and the books outlining their fascinating history and folklore.

A big name within the world of poisonous plants is ‘nightshade’. Also known as the Solanacae family, nightshades are a well-known source of evil in popular culture: Sally from the Nightmare before Christmas uses nightshade to intoxicate her oppressive creator, Dr Finklestein. ‘The Nightshades’ is also the name of a grim, secret student society in the new Netflix series Wednesday. But what causes these dark associations? The Solanaceae are a dangerous species because they are full of deadly alkaloids, making them sedatives and hallucinogenic, but they also cause convulsions and intoxication. The family has some notorious members such as Atropa belladonna, henbane, datura and mandrake, but also the homely potato (though this one is only toxic when it turns green).

One of the most ominous nightshades, Atropa belladonna is a plant partly admired, partly feared: in Romania, she is also known as ‘Lady of the Woods’ and ‘Empress of Weeds’ (Botanical Curses and Poisons, Inkwright). The plant certainly looks elegant: dark green leaves, dainty, purple bell-shaped flowers and glossy black berries. These berries are said to be delicious (they are very sweet), but at the same time they are extremely poisonous. This is why belladonna was feared for its deceptiveness: usually toxicity is accompanied by a bitter taste. It’s a perfect fit for a seemingly harmless old lady who possesses powerful witchcraft! Even the plant’s name has dark roots: the first part of belladonna’s official name, ‘Atropa’, comes from the name of one of the Greek Fates, Atropos, the one who cuts the life-thread when it is time for a person to die. She would, when she came to earth, disguise herself as a nightshade (Inkwright). A deadly plant indeed. Belladonna, in a more direct association with witchcraft, was rumoured to be used in the preparation of the witch’s ‘Flying Ointment’ along with mandrake, poppy and monkshood (Inkwright). A witch would apply this mixture to her skin before taking off to the Devil’s Sabbat. Possibly the sense of flying that its hallucinations cause fuelled the belief in the existence of this ‘flying ointment’.

Mandrake, as mentioned, also has connotations with the supernatural. Unlike belladonna, which grows in a bush, the leaves of the mandrake grow in a rosette. It grows close to the ground, has pale purple flowers and yellow berries. The parts growing above ground are all mildly toxic. However, the plant’s long, forked root is very deadly. In medieval times, this fork shape led people to believe it was a human body, with the two-pointed ends being its legs. The root was thought to be possessed by an evil spirit, a belief no doubt strengthened by the plant’s hallucinogenic nature. Legend has it the plant would let out a piercing and deadly cry when pulled from the ground. Instructions for pulling the root from the ground are found in manuscripts: the reader was told to tie a dog with a rope to the plant and to throw a piece of meat in the opposite direction. The dog would run after the meat while simultaneously pulling the plant from the ground. The dog could be killed by the plant’s cry, but the owner was now in possession of the precious root.

A selection of books

The following books discuss in more detail the dark folklore of Atropa belladonna and mandrake, but also of the seemingly innocent potato, inconspicuous ivy and many more! Unravel these plants’ secrets and indulge in their rich folklore with the following, richly illustrated volumes: 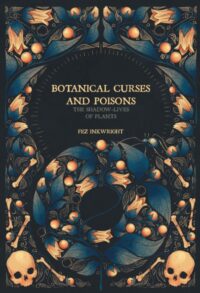 Botanical Curses and Poisons: the Shadow-Lives of Plants – Fez Inkwright

A fascinating encyclopaedia of plants and their dark, witchy folklore and history. There is also an introductory chapter on the history of poisoning, and every entry starts with a thought-provoking literary quote on the plant in question. The cover is beautifully designed by author Fez Inkwright herself. Includes black-and-white illustrations.

A handy and compact booklet featuring a striking black-and-green cover. The inside of the book is vintage-looking and includes illustrations. Stewart describes the history and folklore of a large number of poisonous plants, as well as the history of poisoning and a description of some evil plant families. 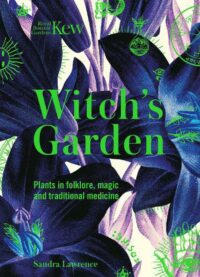 A fresh and modern-looking encyclopaedia of poisonous plants, with entries on specific flora but also general explanations on how, among other things, our ancestors lived and used plants according to the seasons. 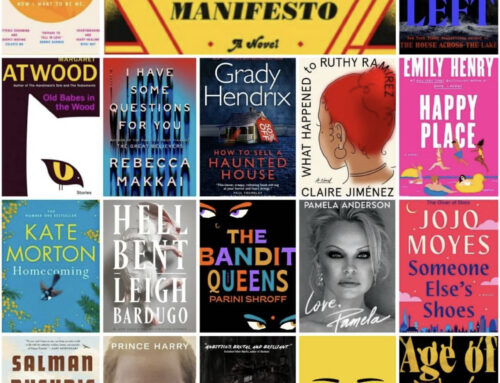