And here we are with the highly anticipated Manga titles coming out in July, August and September. As usual, we have a list featuring new series and another with new issues from ongoing series. We even have a couple of stand-alone titles this time around! 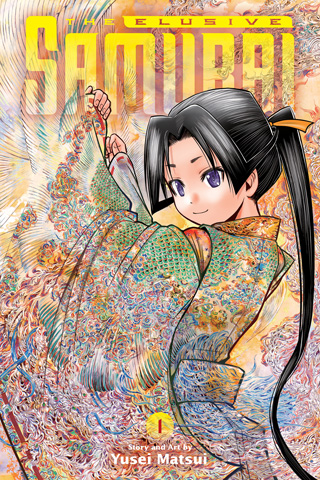 “In war-torn medieval Japan, a young samurai lord struggles to retake his throne, but not by fighting. Hojo Tokiyuki will reclaim his birthright by running away!

In medieval Japan, eight-year-old Hojo Tokiyuki is the heir to the Kamakura shogunate. But the Hojo clan is in decline, and Tokiyuki’s peaceful days of playing hide-and-seek with his teachers come to an abrupt end when his clan is betrayed from within. The lone survivor of his family, Tokiyuki is the rightful heir to the throne, but to take it back, he’ll have to do what he does best-run away!

After the massacre of his family by the traitor Ashikaga Takauji, Tokiyuki flees with the help of a handful of loyal retainers who have also survived the purge. One of them is Suwa Yorishige, an ally of the Hojo clan and lord of Suwa province. The slightly odd Yorishige also claims to be clairvoyant and foretells that Tokiyuki will one day become the ruler of Japan. But for the moment, escaping from enemy territory is the priority!”

“Giant demonic monsters wreak havoc and level Japanese cities! While the citizens flee in terror, it’s up to one brave rooster to stand his ground!

In a world where terrifying monsters walk the earth, one heroic rooster is destined for greatness. If anyone or anything threatens his territory, he’s going to show them who’s boss!

The neighborhood cock of the walk is more than just an ordinary rooster-he’s humanity’s greatest defender! His opponents may be ten stories tall, but nothing is bigger than his stout heart and his fearsome, earth-shattering cry-cock-a-doodle-do!” 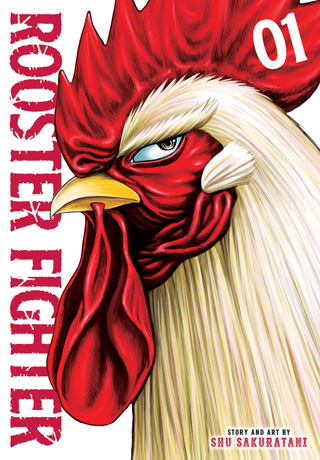 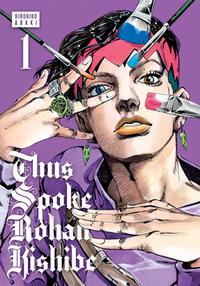 JoJo’s Bizarre Adventure is a groundbreaking manga famous for its outlandish characters, wild humor, and frenetic battles, and this spin-off featuring the popular Rohan Kishibe continues the tradition!

Debuting in the same deluxe hardcover format as the hit JoJo’s Bizarre Adventure manga is a standalone series featuring everyone’s favorite manga artist, Rohan Kishibe! Rohan has freed himself of Josuke Higashikata, but that doesn’t mean his life is going to be easy! No, now the supernatural has come knocking, and Rohan must contend with an all-new level of bizarre adventure…” 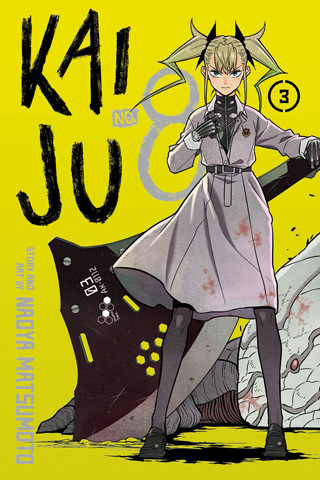 “Kafka wants to clean up kaiju, but not literally! Will a sudden metamorphosis stand in the way of his dream?

With the highest kaiju-emergence rates in the world, Japan is no stranger to attack by deadly monsters. Enter the Japan Defense Force, a military organization tasked with the neutralization of kaiju. Kafka Hibino, a kaiju-corpse cleanup man, has always dreamed of joining the force. But when he gets another shot at achieving his childhood dream, he undergoes an unexpected transformation. How can he fight kaiju now that he’s become one himself?!

Kafka manages to fight off a humanoid kaiju, rescuing Iharu and Reno. But before he can change back to his human form, Kafka is spotted by Defense Force officers, and the neutralization unit-led by none other than Vice-Captain Hoshina himself-is dispatched to dispose of him. Can Kafka withstand his superior officer’s attacks without revealing his true identity?!”

“At this high school, instead of jocks and nerds, the students are divided into predators and prey.

At a high school where the students are literally divided into predators and prey, friendships maintain the fragile peace. Who among them will become a Beastar-a hero destined to lead in a society naturally rife with mistrust?

Lop-eared rabbit Kyu teaches gray wolf Legoshi a thing or two about female empowerment as she trains him to confront his most powerful foe yet. When the Shishi-gumi lions prepare to slay half-leopard, half-gazelle Melon, he divulges the story of his horrific first crime. Meanwhile, red deer Louis’s status in the world changes overnight, while dwarf rabbit Haru’s low self-esteem may lead to her paying the ultimate price!” 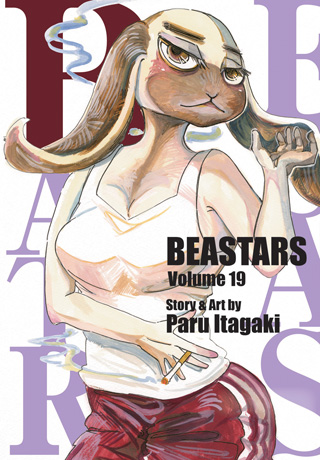 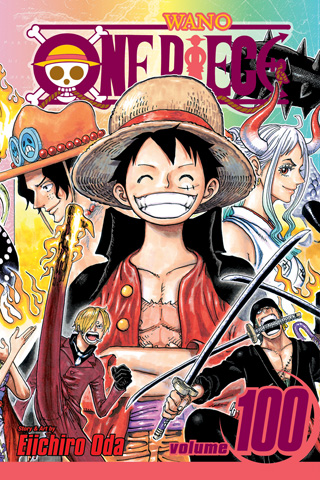 “Join Monkey D. Luffy and his swashbuckling crew in their search for the ultimate treasure, One Piece!

As a child, Monkey D. Luffy dreamed of becoming King of the Pirates. But his life changed when he accidentally gained the power to stretch like rubber…at the cost of never being able to swim again! Years, later, Luffy sets off in search of the One Piece, said to be the greatest treasure in the world…

The big powers converge as Luffy, Law, and Kid face off against Kaido and Big Mom. Is there any hope of victory against this ultimate alliance?! Onigashima quakes with power as some of the fiercest pirates in the world go head-to-head!!”

“Will Miyuki replace Chika in Kaguya’s heart? When dense Chika belatedly finds out they’re dating, she certainly thinks so. Then, Kaguya discovers an unexpected source of support in her battle against her family, Miko tries various approaches to get Yu to fall in love with her, and Kobachi turns out to be more complicated than she appears. Sometimes, it’s good to play games with people.” 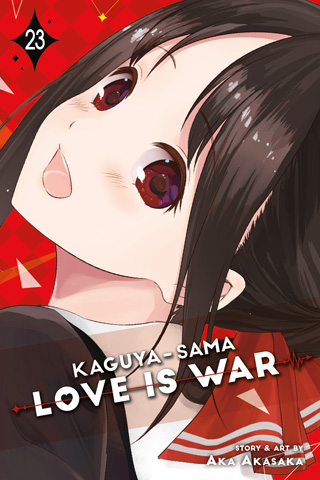 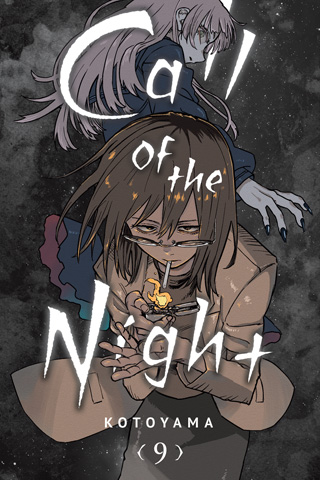 One sleepless night, Ko slips out to walk the streets. Life after dark is a revelation! Especially when he meets flirtatious Nazuna. Except that she’s a vampire. That’s okay. He wants to become a creature of the night too. But transformation doesn’t come that easily…

The tragedy of vampire hunter Anko’s past and her former relationship with Nazuna is finally revealed. But old ties don’t always lead to new ones… Then, on Halloween, while Ko suffers through a date with Rila, Anko goes on a rampage-and our gang of vampire frenemies isn’t her only target!”

“Sensing that total victory and the complete destruction of Hyrule are within his grasp, Ganondorf unleashes his armies. Link, Midna, their friends, and many others they have met on their journey now fight side by side to save the land. Even a former enemy ends up allied with Link as he presses on into the heart of Ganondorf’s stronghold. When Link confronts Ganondorf, defeating him will take every ounce of skill and courage he has…” 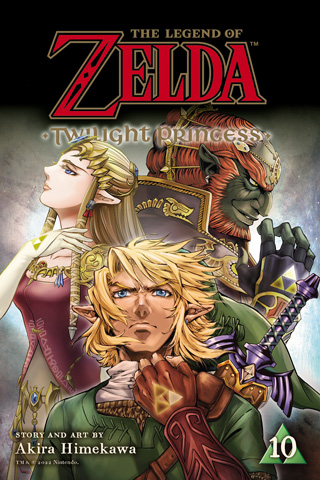 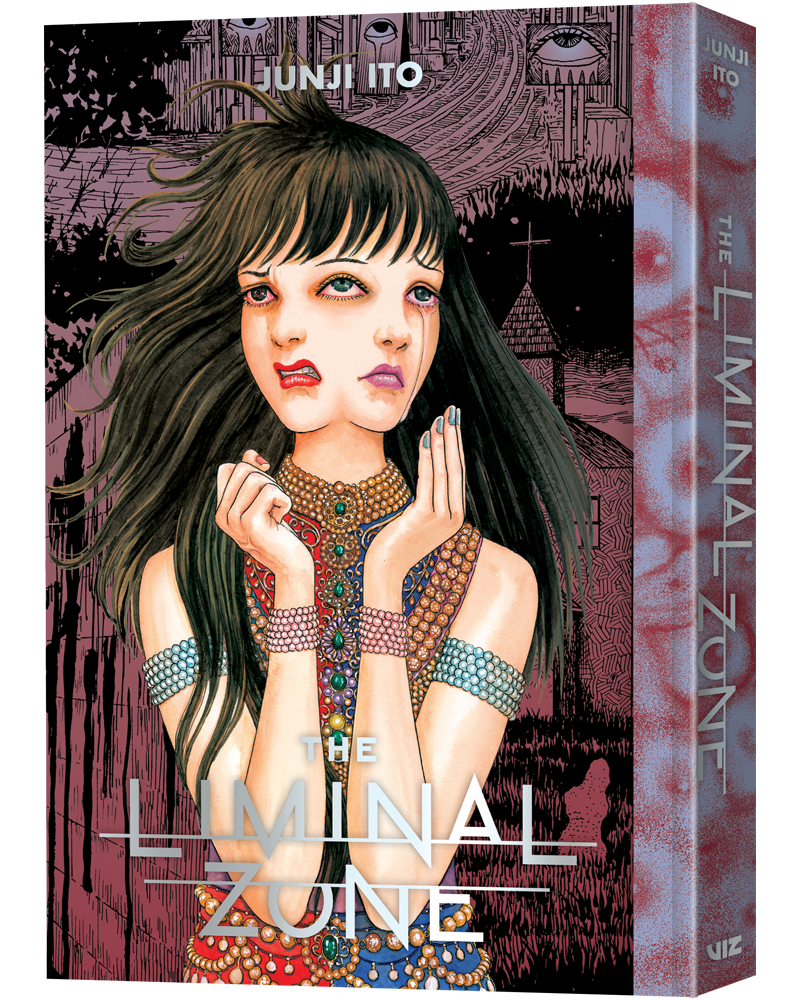 “What destiny awaits them after the screaming?

After abruptly departing from a train in a small town, a couple encounters a “weeping woman”—a professional mourner—sobbing inconsolably at a funeral. Mako changes afterward—she can’t stop crying! In another tale, having decided to die together, a couple enters Aokigahara, the infamous suicide forest. What is the shocking otherworldly torrent that they discover there?

One of horror’s greatest talents, Junji Ito beckons readers to join him in an experience of ultimate terror with four transcendently terrifying tales.”

Look Back: 20 September 2022
Story and Art by Tatsuki Fujimoto

“A heart-wrenching single-volume story about the struggles of being an artist, from the creator of Chainsaw Man.

The overly confident Fujino and the shut-in Kyomoto couldn’t be more different, but a love of drawing manga brings these two small-town girls together. A poignant story of growing up and moving forward that only Tatsuki Fujimoto, the creator of Chainsaw Man, could have crafted.

Two young artists from a small town inspire each other to improve their art and become manga creators. But as they grow up, a terrible tragedy will change their lives forever.” 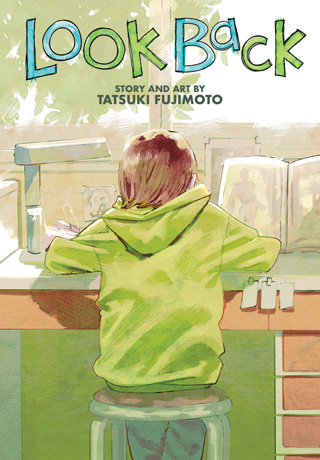