ABC’s co-founder Mitch Crossfield and most of our male staff in the early years were gay. That’s because Amsterdam was open, as opposed to Belgium and Spain, where homosexuality was still forbidden, so Mitch was able to hire gay booksellers from Amsterdam’s teeming population. Bookseller Harry displayed several titles by gay authors in a little rack by the Amsterdam travel guides. He had to refill it constantly, which told him there was demand for these titles, even though it wasn’t common knowledge these authors were gay. 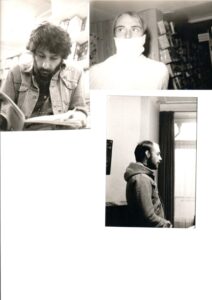 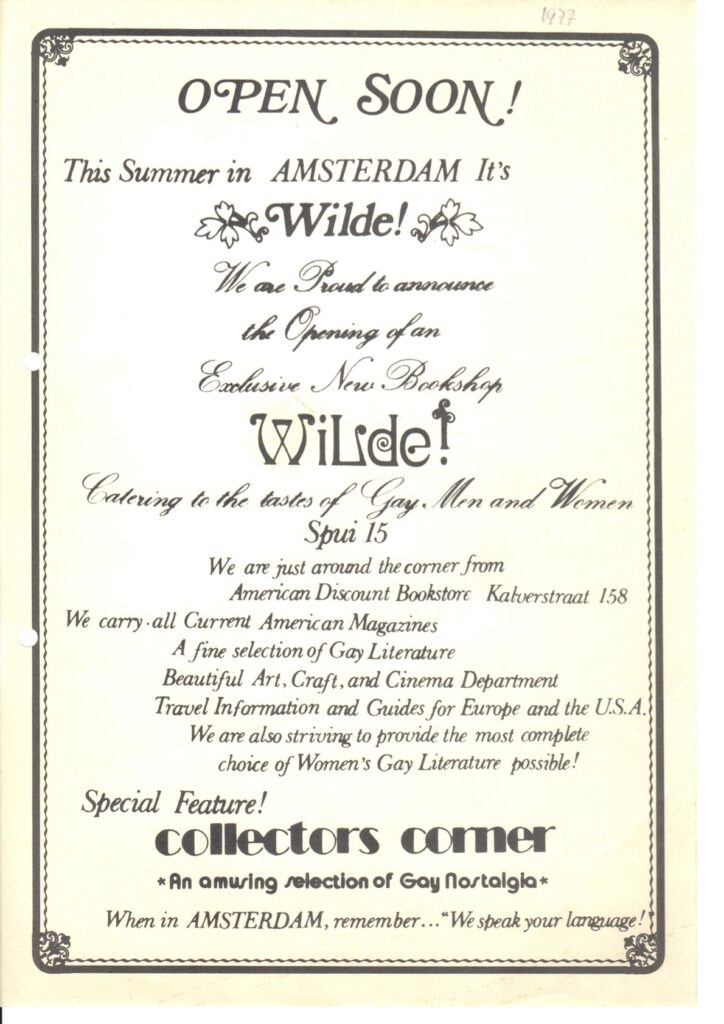 A few novels geared to a gay audience started to appear, and older titles were reprinted. But only when the first glossy monthly magazines for gays appeared in the US in 1974 was there enough stock to start a proper gay section. Blueboy, IN TOUCH, Drummer, GAY TIMES and other titles flew off our shelves. (There were hardly any novels for lesbian and bisexual women at that time; at least they were seldom marketed as such.)

By 1975, we had enough stock to open a small niche store called Wilde!—in honor of Irish poet and playwright Oscar Wilde—at Spui 15. It was only open afternoons and evenings during weekends and was operated by an American window dresser who decorated and ran it with flair…until he didn’t. Too drunk to open the store too many times, he wasn’t with us that Sunday night we loaded shelves, books and magazines onto trollies, shoved racks aside on the upper floor

of our first bookstore at Kalverstraat 158 and made a gay shop-within-a-shop overnight. (Amsterdam’s Vrolijk Gay and Lesbian Bookstore followed shortly after, with a more literary and political assortment of materials in several languages.) 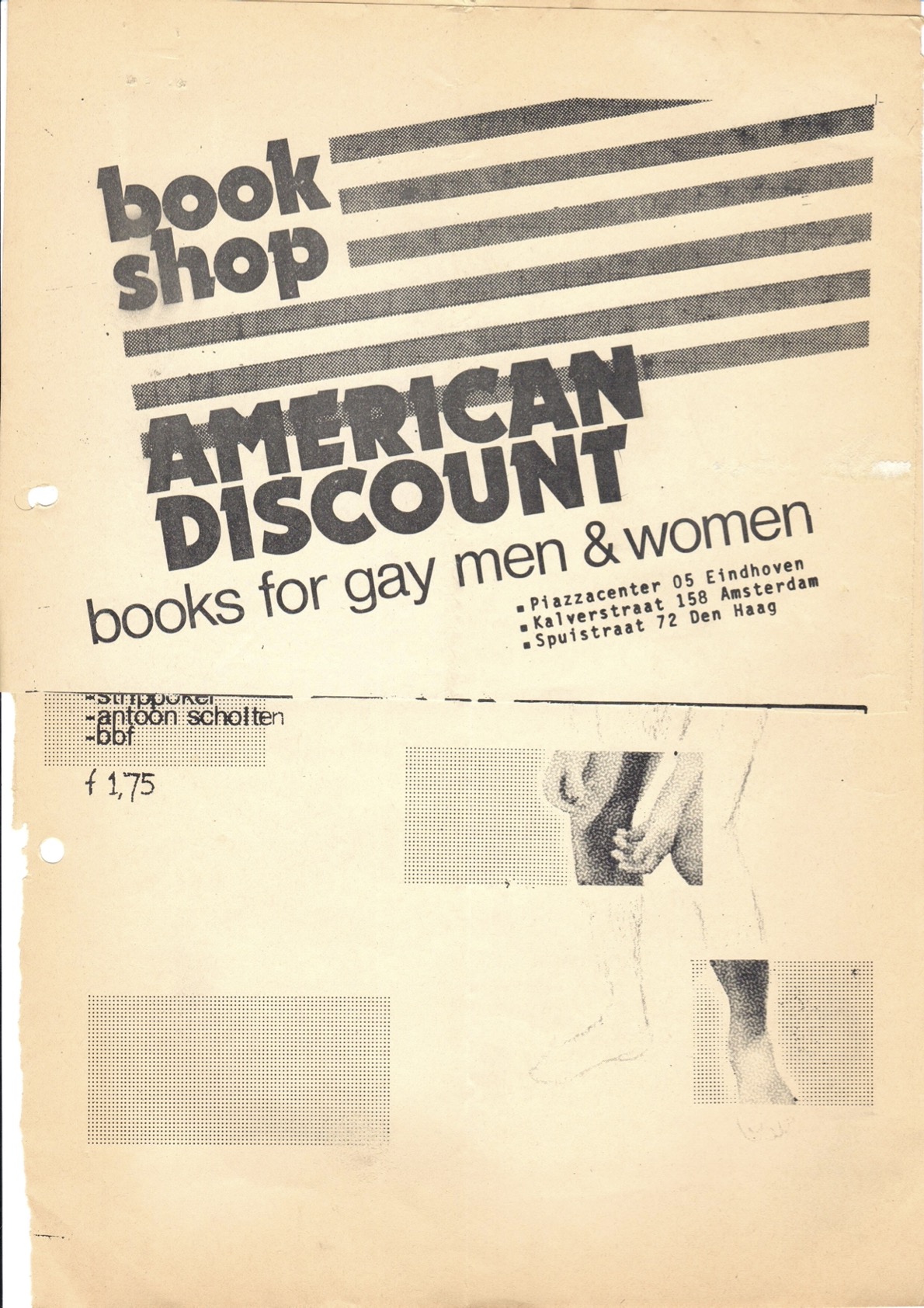 Sadly, the men who boldly initiated ABC’s gay section back in the day succumbed to AIDS before medicine was available, including co-founder Crossfield. One of them was sick for 25 years, a medical wonder, before the bell tolled. In their memory, we sold AIDs ribbons we brought over from the US and auctioned off a table-sized edition of Helmut Newton’s photo book SUMO (now worth some $16,000.00)

These days there’s thankfully no need for a separate shop-within-a-shop. Novels featuring people of all genders and variations of attraction are mainstream. As the title of Gordon Merrick’s early bestseller put it: If it’s love, “The Lord Won’t Mind.”